You are here >> About The Tribe

When the Malay and English language was not yet recognized, there had been a mutual distrust and fear among tribes who didn’t understand each other. They spoke different languages. They wore different clothes. And had different customs.
Imagine wandering through the wilderness and suddenly stumbling across someone from another tribe, who was probably as scared of you as you were of them!

For survival, it was therefore necessary for tribes to display ferociousness. If they didn’t have skeleton heads strategically placed at the entrance of their village, it would be interpreted as a sign of weakness by other tribes, putting the entire village at risk of potential attack from enemies.

skulls were skillfully removed from the heads, while keeping the facial features and hair intact

In the past, the Murut tribe of Sabah Borneo were feared for their ancient tradition of headhunting practices. After conversion to Islam or Christianity an anti-headhunting legislation by the British colonial had been carried out, and has since been banned and disappeared.
The Murut were the last ethnic groups in Sabah to renounce headhunting. As with the Iban of Sarawak, collecting heads of enemies traditional served a very important role in Murut spiritual beliefs, besides utilizing it to protect their village from potential enemies. For example, a man could only get married after he presented at least one head to the family of the desired girl. 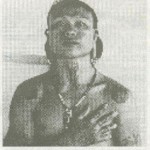 Ontoros Antanom (1885-1915) was a famous and influential Murut warrior from Sabah who according to local oral history claimed to have supernatural powers. Because of this he was able to receive support from the chiefs and villagers to lead the Rundum uprising against the British North Borneo Company.
Under the administration of British Chartered North Borneo Company (BCNBC), besides imposing many taxes which the locals never heard of, British also forced every Murut couple who had two children to give up one of them as forced labor.

Running out of tolerance, Ontoros Antonom gathered nearly a thousand of Murut warriors from Tenom, Keningau and Pensiangan to fight the British empire in 1915. The British officers were totally shocked to see hundreds of Murut flooded their administration building and attacked them. Ontoros Antonom built a few strongholds with underground tunnels and houses.
In April 1915, British sent 400 soldiers equipped with firearm to counter attack. Though Murut were only using primitive weapons such as blowpipes, swords and spears, British army failed to take them down. Therefore, they set a trap by offering a peace talk at Rundum. When Ontoros Antonom and his followers were on their way to the venue, hundreds of British surrounded them and arrested them. Later Ontoros Antonom was executed.

A minority ethnic group in sabah, they are Also called Lun Bawang.
Lundayeh means upriver people or people of the interior. They were known to be agriculturalists and had practise livestock farming and also known to be hunters and fishermen.
In the late 1800’s to early 1900’s, the Lun Bawang community was described as living in an unhealthy state of lifestyle. They were hardcore burak (rice wine) drinkers, appears drunk more often than not, and the house was indescribably filthy. Their filthy lifestyle caused them to be vulnerable to diseases.
In 1904 and 1905, there was smallpox outbreak around the Lundayeh regions. A plague that had significantly changed the course of the Lundayeh history. It was recorded that the death toll had reduced approximately from 20,000 to 3,000 of the Lundayeh population.

Making it one of the largest death toll caused by viral epidemic. This remains a dark history of the Lundayeh which may be considered taboo to talk about among few of the Lundayeh people today. 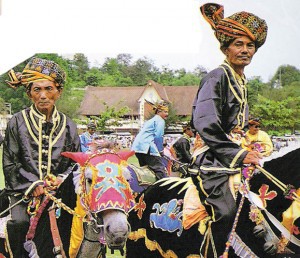 For many years Bajau laut people have lived in the ocean on their temporary house boats. Probably only in recent years that they have made settlements into the coastal area, with their houses built on stilts. The ocean is still their main source of living where they fish, collect clams and mussels, and even pearl farming
A bajau girl wearing water weeds as a powder to cool off her face as well as for anti-aging use 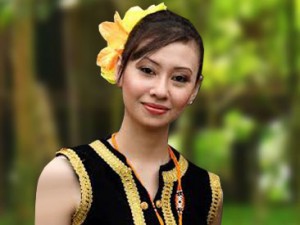 Kadazan is translated the people of the land
The most important festival of the Kadazans is the Kaamatan festival or harvest festival, where they believe the spirit of the paddy is honoured after a year’s harvest.
This takes place in May, and the two last days of the month are public holidays throughout Sabah. During the celebration, the most celebrated event is the crowning of the unduk ngadau or harvest queen, where native Kadazan girls throughout the state compete for the coveted crown

The beauty pageant is held to commemorate the spirit of Huminodon, a mythological character of unparalleled beauty said to have given her life in exchange for a bountiful harvest for her community.
The majority of the Kadazans are Christians, mainly Roman Catholics and some Protestants. Islam is also practiced by a growing minority. 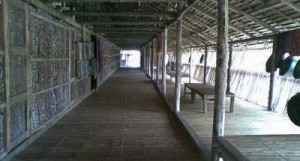 RUNGUS
The Rungus are formerly a sub-group of the Kadazan ethnic but recently Rungus was announced as full ethnic and was known to reside primarily in northern Sabah.
Their culture also revolves around rice, just like the Kadazan. Many Rungus now work in towns and have abandoned the communal life of the longhouse for modern Malaysian society. Traditionally they are pagans but most Rungus are now Christians.

In a traditional Rungus longhouse, longhouses of over 75 rooms are said to have been common, which meant 75 families lived in one longhouse. Now, they rarely exceed 10 rooms.

The Rungus Bobolizan is a witch doctor who posses abilities to communicate with the spirit. Some of the Bobolizan activities are curing ill people, commanding spirit ritual, rice spirit ritual and prosperity ritual. There are not many Bobolizan that exist today. 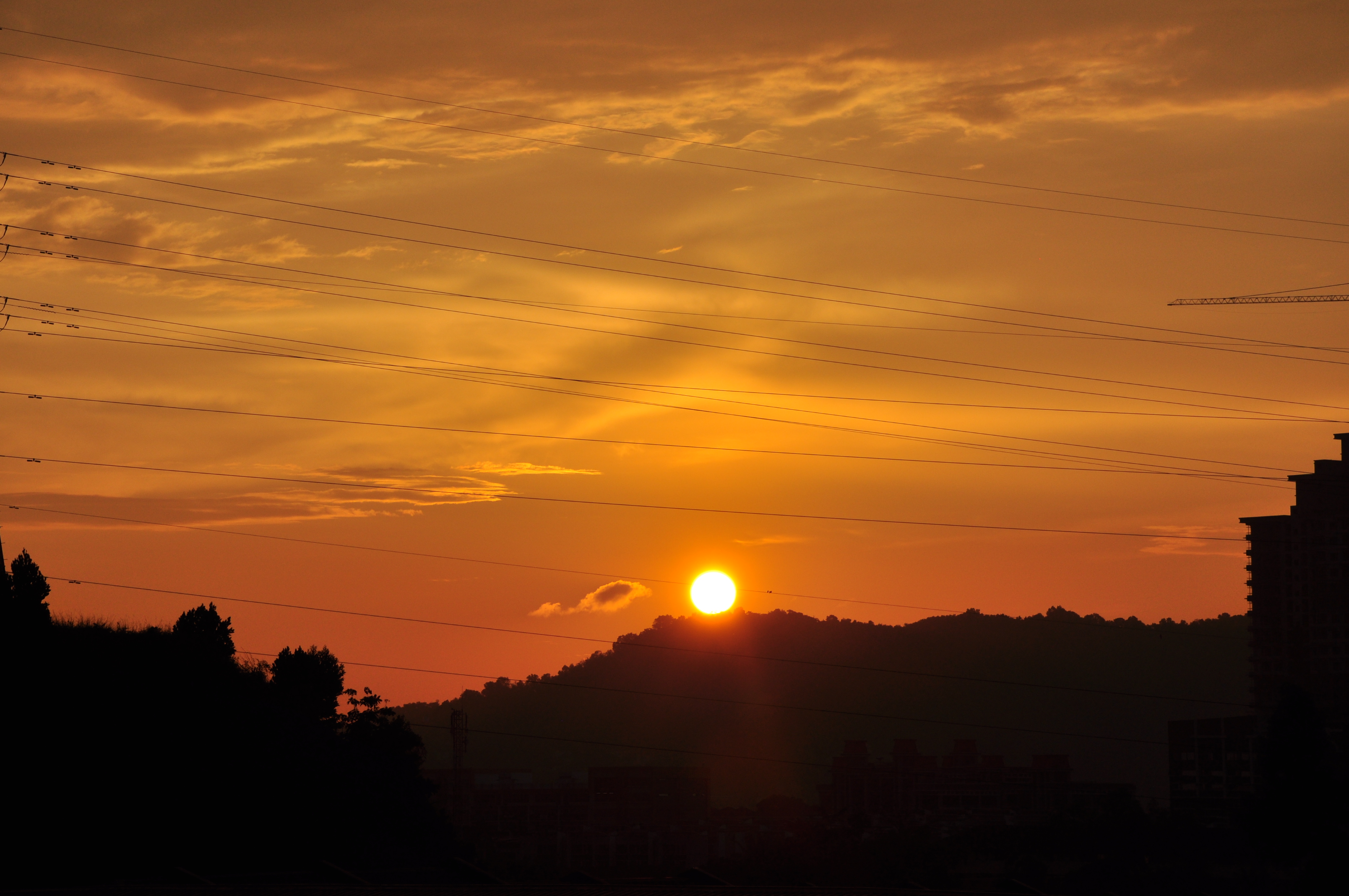